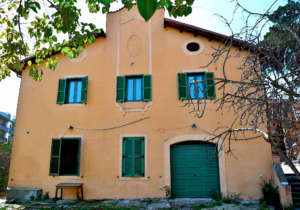 A 10-day volunteer job. 11 people, a huge house in a neighborhood in Rome. Many experiences together. Many life stories interwoven.

So we met to organize “No Border Fest”, an event to raise awareness of non-discrimination of immigrants who, already by that time (2013), were becoming an “issue” in Europe.

During the festival, I met William, who was born in Togo, Africa. A country that has long fought for independence. First, escape France’s ambitions. And then, until today, a combination of military coups and the establishing of single political parties prevent democracy to root itself. I met William in this festival. 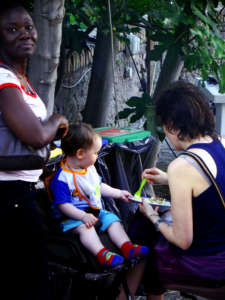 I listened to him for about two hours. Together we remembered Thomas Sankara and Burkina Faso. I asked him all I could, trying to articulate clearly every word in my poor Italian, and sharpening my ears to understand him fully. He listened to me patiently and told me that, for example, due to the political situation in his country, he cannot go back and, obviously, he cannot see his family. He also told me that Italy had not turned out to be what he had expected, in almost any way. In South America these topics are not new, of course. The context and the people involved may change. The dates and the political spectrums. But we do know what it takes to achieve a true democratic independence. And we also know what it means to think different and be able to say it. Sometime during the conversation, William takes his bag, he takes out a small pocket with the name “Fuji” printed on one side and he pulls out something from it. I tried to guess what would come out of it. Actually, I think I knew. And until that moment, I thought I knew many things. When William finished explaining with an infinite love where his wife, his son and the rest of his family were on the few photos he was showing to me, I felt a surge of anger and pain inside: I knew very few things, I realized that almost without realizing it. William knew what exile was, and what a total uncertainty about present and future was. Being stripped of everything. Because he thought different. Beginning from scratch again. I left the meeting almost running. I went up to my room and, while I questioned myself about concepts such as freedom, human being, politics, revolution, love, non-violence, nationalism, I closed my eyes and I saw William’s family in my mind. And I took a deep breath.